Most of you have probably seen the red equality signs popping up everywhere on Facebook. If you don’t know what’s it’s about, well it’s to support gay marriage. The song above, by Macklemore, is also in support of gay marriage. At the moment, the supreme court is making the ruling on whether or not gay couples should be able to get married. At the moment, marriage is defined as the formal union between a MAN and a WOMAN. With the supreme courts ruling, this may change or remain the same.

Almost no one alive would have lived through this, but, this situation has happened before. 1869. In the constitution, it said that “All men are created equal and have the rights to life, liberty, and the pursuit of happiness,” but until the African Americans gained their rights, all men were not created equal, or allowed to pursue their happiness. 1920. Women were inferior to men, but that changed when they were given the right to vote. Abraham Lincoln, Martin Luther King Jr., Susan B. Anthony, Rosa Parks, they all desired and looked for equality. They fought with their lives to find it. Where is the equality now? In this post modernist world, not everything is orderly and perfect, sometimes there are differences, and people are just going to have to accept it. People have accepted things before, why can’t they now? 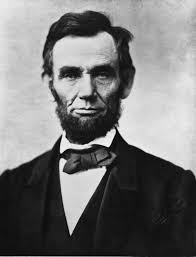 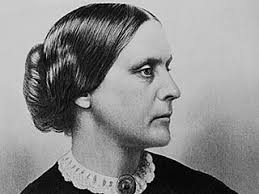 Even today, millions of girls are abused, given away, or aborted, simply for being a girl. In China and India, there are some villages where you can walk and not see a single girl. Some girls can’t even go outside because of the risk of being raped, attacked, or discriminated. To all of those women who cannot go outside, who must hide in shame. DO NOT BE ASHAMED. YOU ARE BEAUTIFUL. I saw a story on REAL SPORTS, where a girl was threatened by the Taliban to stop playing the sport she loved because she was a girl. And in their culture, girls are not supposed to show who they truly are. They must hide in the secret of their houses. Many of them cannot read, drive, or write, all because they were born a girl. Fight this, go against it, because “The flower that blooms in adversity is the most rare and beautiful of all.”-Emperor from Mulan.

To those who are teased and being beaten for being gay, or even cross dressing don’t be ashamed.  “A world so hateful some would rather die than be who they are.” This is a line from Macklemore’s song. There are teens who kill themselves over being who they are, because the bullies are too much. To thos people, you are not a diseased. There is nothing wrong with you, and there never was. You don’t need some doctor to come and fix you, because you are PERFECT the way you are. You are who you are, and no one should say otherwise. “Be who you are, and say what you feel, because those who mind don’t matter, and those who matter don’t mind.” -Dr. Suess

Just because someone supports gay rights, does not make them gay. Some people may believe in equality for all, there is nothing wrong with that. Also, fighting for equality cannot be a one time thing. The fight will continue. People may forget the issue because it is out of the spotlight, but it doesn’t go away. Don’t give up. Don’t stop fighting. Don’t stop believing. “No freedom till we’re equal, damn right I support it.” -Macklemore

One response to “Strange Obsessions: Equality”

Hi I'm Ashley! I'm a wilderness explorer discovering the wonderful world and everything in it. I hope that this blog will bring a smile to your face, or at least give you a new perspective. I hope that you can FIND YOUR PARADISE FALLS.